The Good, the Bad and the Just Plain Ugly Changes That Almost Were! | GovCon Voices 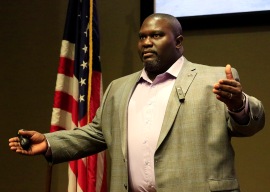 Having been a part of the federal contracting community for close to 30 years, I’ve seen quite a few changes in policy and process that have both improved and degraded the ability of small business concerns to participate as contractors and subcontractors. I’m not referring solely to changes where the language targeted small business, I’m also including those intending to change how business is done based on a specific commodity, contract cost type, procurement method, agency mission or government-wide initiative.

In this, my first contribution to GovCon Voices, I’m taking a look back at recent proposed changes that resulted in lots of conversations with my friend Steve Koprince, a slew of articles and blogs and way too many anxious moments awaiting the outcomes. This is the first of a three part series I’m calling ‘The Good, the Bad and the Just Plain Ugly Changes That Almost Were!’ 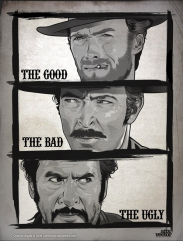 The 2017 NDAA was chock full of changes that included:

One of the intended changes that died in conference was the provision introduced as Section 838 of the Senate version. Its name was “Counting of major defense acquisition program subcontracts toward small business goals.” and the very negative effects of this rule would be catastrophic to small business, if enacted.

Not familiar with Major Defense Acquisition Programs or MDAP? Think of program names like Global Hawk, the Presidential Helicopter, Arleigh Burke Class Destroyer, Littoral Combat Ship and more. Each of these and numerous other MDAP programs are critical to our Nation’s security. As a result, collectively thousands of small business subcontractors capturing tens of billions of dollars in revenues are engaged. Had this provision made it into the 2017 NDAA, the Department of Defense would be able to include 1st

and 2nd tier subcontract dollars, reported by MDAP prime contractors, towards the Department’s overall small business set-aside goals. In short, DoD could reduce set-aside award dollars by replacing them with dollars that may have been awarded to small businesses via subcontracts.

The scenario represented potential lost dollars to small contractors starting in the area of $18,000,000,000 based on DoD’s FY16 OUSD Comptroller/CFO publication that indicated Major Defense Acquisition Programs (MDAPs) and Major Automated Information Systems (MAIS) accounted for 43% of the requested $177.7B. If we take 23% of $76B (the MDAP/MAIS portion of the OUSD FY16 request) what we end up with is the amount of set-aside obligations DoD would not have to issue in FY17 and beyond. The amount is effectively 1/3 of the dollars awarded to small business via set-aside or sole-source in FY2016. Let that sink in.

In the spaghetti western movie ‘The Good, the Bad and the Ugly’ there is a line I find very relevant to this legislative near-miss. It goes like this:

“In this world there’s two types of people my friend.
Those with loaded guns and those who dig. You dig.”

I’m beyond overjoyed this piece of legislation had to dig and I hope it stays buried.

Your comments and questions are always welcome! Stay tuned for ‘The Bad’ change that almost was.

‘Go-To’ Guy Timberlake is an accomplished veteran of federal contracting with nearly 30 years of experience, knowledge and relationships acquired in support of civilian, defense and intelligence agency programs since Operation Desert Storm. He’s called ‘Edutainer’ for his ability to make mundane discussions about business essential topics (like finding and winning federal contracts and subcontracts!) interesting, and presenting them so they are practical and sticky. Most important is that Guy is a devoted husband, a proud father and loves pizza night with his family and friends. ‘Go-To-Guy’ is the nickname given to him by his defense customers in the 1990’s.

GovCon Voices is a regular feature dedicated to providing SmallGovCon readers with candid news, insight and commentary from government contracting thought leaders.  The opinions expressed in GovCon Voices are those of the individual authors, and do not necessarily reflect the opinions of Koprince Law LLC or its attorneys.

Go-To-Guy Timberlake is the Editor-in-Chief Visionary of GovConChannel and oversees the creation and curation of relevant and timely 'News And Information That Matters To Small Government Contractors.'
View all posts by Editor-in-Chief Visionary »
« What Technology Contractors Should Expect from Vincent Viola as Army Secretary
GOP lawmakers urge White House to clear up confusion over whistleblower protections »