From Confident to Not Competitive in Minutes

from common (and practical) information sources.

The conversation began with a company calling to seek help with identifying potential partners for a multi-million dollar opportunity they had been tracking for three years. Everybody’s been tracking an opportunity for a long time, right? In this case, it was true. They had diligently engaged in meaningful discussions with an agency official who was at least a substantive influencer and they had good insights on the history of the program. They established a base of knowledge related to the love (or lack of love) for the incumbent, have a viable solution with prior deployments with other agencies and a relationship with a colleague who could be a shoe-in for a key position.

They finished conveying all of this to me about 10 minutes into the conversation which is also the point at which things begin to unravel. 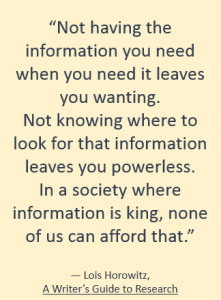 According to their intelligence, an RFP was imminent based on previous activity by the customer. However, the opportunity had shifted at the last minute from Full & Open (how it was competed previously) to Small Business Set-Aside with an associated size standard that was just out of their reach. This was likely the result of 1). a strong small business organization in the agency, 2). external pressures from the Hill, or 3).  a well-played hand by someone with an inside track on this customer and requirement. I was leaning heavily to number 3 and soon found out my assessment was most likely on-point.

We’re now about 20 minutes into the conversation.

They then shared the fact their POC had taken a new ‘upwardly mobile’ role within the agency and that the ‘acting’ wasn’t taking meetings. All the while, I’m making notes and pulling up pieces of information tied to the conversation and beginning to see a picture these folks on the phone are not going to like.

A few more probing questions later, I ask about two individuals I find on LinkedIn who are very clearly tied to the customer. In fact, the first person has just replaced the ‘acting’ at the agency, and the second person has extensive ties working on the program for a former incumbent and subsequently attached to the new prime (a small business that makes the cut for the size standard previously mentioned) who within the past twelve months has captured a multi-million dollar, multi-year task order for overall program management for a significant chunk of the customer’s operation.

Did I say the company was not going to like this picture? I meant to say they’re going to outright hate it and we’re now about 30 minutes into the call.

the new small prime isn’t precluded from going after this other piece of work (I don’t see any real OCI issues given the scope of their new task) then they are sitting in the pole position. To make things worse, I can’t see any reason why the Government won’t just issue the work as a modification to the new small prime’s current task as it seems to be within scope.

Here’s the good news. In under an hour, the company that called has a much improved level of situational awareness based the amount and quality of spot-on information generated in just minutes. Additionally, the ‘open sources’ we tapped reinforced the relevance of their existing relationships and the need to leverage

them to ensure a good decision is made on how to proceed, if they proceed.

For the record, the company I spoke with is a smart and growing company with good processes and resources. We’ve watched them achieve consistent growth over several years so unlike many companies, they have a clue. I also know they have one of the big paid services that compiles raw market information and makes it aesthetically pleasing in the visual sense. I don’t know if it failed them or if they failed to leverage it, but somewhere a disconnect occurred. We see this most often with companies who believe one-stop shopping is possible in developing competitive intelligence.

We won’t know the true impact and benefits of this exchange until after this opportunity is awarded, however, I’m confident we helped them get to a better place to make an informed decision based on facts and expanded awareness. Before the call ended they conveyed their astonishment at how much valuable information could be acquired so quickly.

This experience just reinforces my belief companies need to establish simple, scalable and repeatable processes to achieve better results more efficiently. It also reinforces why Ethical Stalking for Government Contractors™ was created. It’s one of the ways we teach companies to improve how they fish. What began years ago as a one hour seminar is now a comprehensive 7-week self-paced and instructor-led blended learning workshop known as Competitive Intelligence Bootcamp for Government Contractors™. The next session begins June 13th.

The competitive landscape in government contracting and the very definition of ‘competitive’ continues to change before our eyes.

If you have the desire for your company to be as competitive as possible at all times, what are you doing to ensure the effectiveness of decision-making for your company?

Go-To-Guy Timberlake is the Editor-in-Chief Visionary of GovConChannel and oversees the creation and curation of relevant and timely 'News And Information That Matters To Small Government Contractors.'
View all posts by Editor-in-Chief Visionary »
« DoD’s words ring hollow to vendors when it comes to LPTA
Update: SBA Utah District Office Rescinds Questionable 8(a) JV Policy »