Home Runs vs Base Hits – Finding Balance for Small Business

Baseball is a great sport although it’s not one I’ll go out of my way to watch nowadays. Like many of the guys I grew up with, I paid my dues on the diamond giving it four seasons as a little league catcher and outfielder. During that same time I was playing soccer, tennis and swim team which all gave way to football, lacrosse and wrestling as I got older. These were activities that seemed a better fit for my low center of gravity, above average power and strength and average (at best) open field speed. Nonetheless, I fondly remember my days with the Tigers, Braves, Reds and Dodgers with the much anticipated cooler of Cragmont sodas after the game. As long as there was a cream soda left for me, nobody got hurt.

All of that so I can use baseball to position my topic for this article, which begins with a question. When you compare home runs to base hits, which accounts for the most number of runs? Which wins more games? Home runs are awesome statements of skill and power and they definitely win games. Such is the case with a walk off home run. But in baseball, winning a game comes down to scoring the most runs, and I’m curious what percentage of runs scored are the result of home runs? 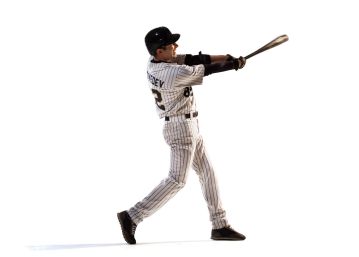 The reason for my fixation with home runs is because a great number of small companies I talk to at conferences, during general networking activities or at some of our education events, seem to be very focused on ‘knocking one out of the park’ in government contracting. Most don’t seem interested in getting their foot in the door with smaller deals that pose less risk to them and the customer, rather, they’re chasing the big game. The problem with that for quite a few small business concerns is staying power. That is, the ability to survive the opportunity cycle associated with those ‘hunting license’ opportunities which can last for several months, but usually much longer. Short of anyone who is independently wealthy, there is a shelf life we need to be aware of that usually means the end of that particular venture when the expiration date on funding comes around.

So let’s talk about those home runs and base hits again.

In full disclosure, I’ll need to call one of my sports numbers geek friends to know exactly how many RBI’s resulted from home runs, but the fact at-hand is home runs account for less than one-quarter of total hits in the Major League’s. For this reason I have to believe more runs were scored as a result of singles, doubles and triples simply based on the frequency of base hits versus home runs.

Which brings me back to my point. 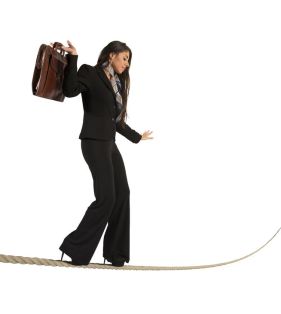 In government contracting, there are several opportunities for small companies to find a balance by getting ‘base hits’ which can serve to help sustain them during big game hunting as a prime or subcontractor. These base hits are important because they represent work that is likely more immediate which means getting paid will more than likely be more short-term than long-term. The dollar values may be smaller, but don’t let ‘smaller’ keep you away because we’re talking smaller as compared to opportunities valued at hundreds of millions and billions of dollars. The level of effort required to identify, pursue and win some of these ‘base hit’ opportunities is often less which means it can cost you less to go after them.

So what do some of these base hits look like? Take a look.

What it comes down to is that in most cases when agencies issue a solicitation using and RFQ (vs RFP) they really don’t want much from you, besides a price. Where a Request For Proposal asks you to describe how you’ll provide your goods and/or services, how much it will cost and a whole lot more, a Request For Quote will take fewer resources and less time for you to respond. RFQs are used in several types of contracting not associated with the GSA Schedule, but that’s the one most folks seem to be familiar with. The only thing better than an RFQ is a request for quote with no paperwork. I’ll discuss that one further down.

Here’s the deal. If you see this referenced on a solicitation, this is a clear indication the government wants this done tout de suite! How would you know this? Because instead of issuing a synopsis and then a solicitation, they’ve packaged it neatly into a tidy ensemble that saves them time. Again, if they are buying in a hurry, payment can’t be that far behind. Many of these are accompanied by language that goes like this:

Which is a great segue to the next item on my list.

Most people that know me or have read my blogs previously know that I’m only a few steps away from creating my own religious order based on the government’s use of the Simplified Acquisition Procedures. The reasons small companies should be aware of these are numerous, but the summary is this:

FY2014 was a banner year for buys of goods and services purchased using Simplified Acquisitions, cresting the $19 billion dollar mark.

Did you know buys below a certain dollar amount don’t require a synopsis to be posted in a place like FedBizOpps? Do you know what that dollar amount is and more importantly, do you know how to go after those dollars? Let’s start with the threshold. It’s $25,000 which is nothing in the scheme of things, but how many nothings does it take to make a small companies year into something? During FY2014, agencies executed over 900,000 contract actions where the dollar amount was more than one dollar and not more than $25K. The Department of Veterans Affairs processed 28,000 of those actions and in the course of doing so obligated $243 million for supplies and services. Buys made this way are often a matter of a phone call or email to three vendors, usually small business concerns unless the buyers have reason to believe they won’t get responses (which happens far too often!). Sometimes the “quote” is verbal or the response to an email.

It’s easy and quick to find out how agencies or their contracting offices make awards using a resource like the Federal Procurement Data System. There, you can look into which organizations buy what goods and services when they leverage the most basic and commonly used award instrument in nearly every industry. In federal contracting ‘Getting PO’d‘ netted vendors nearly $11 billion in FY2014. Think purchase orders are for ‘chump change’ only? Tell that to the folks at Sunshine Minting who’ve received orders from U.S. Mint via forty (40) purchase orders ranging from $8 million to $19 million issued to them this fiscal year. All initial awards (versus modifications). Just think, several hundred million dollars obligated (or captured, depends on your perspective) without the need of a contract vehicle or lengthy procurement process.

Let’s not forget about these buys which are completely off the books in a manner of speaking. A micropurchase is a buy made by an agency under $3000 (going to $3500 shortly) that is paid for via SmartPay P-Card.  The card serves as the contract mechanism and payment instrument. Buys made this way don’t get synopsized nor are they recorded in FPDS-NG. These come about when you know the customer or the cardholder, or better still, when they know your company! The GSA SmartPay program that manages the purchase cards shows $17 billion in purchase card spending in FY14. When you deduct non-micropurchase spending from that total, you get an idea of just how much agencies can buy when they spend three thousand dollars at a time.

Especially as we prepare to enter a new fiscal year filled with many uncertainties, be sure to understand how base hits can keep the lights on or more. That can provide a lot of peace of mind while you and your team wait for the next pitch that finds it way into your sweet spot!

Go-To-Guy Timberlake is the Editor-in-Chief Visionary of GovConChannel and oversees the creation and curation of relevant and timely 'News And Information That Matters To Small Government Contractors.'
View all posts by Editor-in-Chief Visionary »
« 4 Ways to Increase Opportunity Awareness and Efficiency Using FPDS-NG
Small Business Set-Aside Decisions May Include Restrictive “Capability” Requirements – SmallGovCon »