If you’ve ever watched or participated in the process of moving a law that affects federal contracting rules from initial passage to being folded into policy and practice, speed is not a descriptor that would come to mind for

anyone.  This is especially true when you consider the proposed rule for Limitations on Subcontracting that was passed in the 2013 NDAA didn’t occur for nearly two years. This is why Government Contracts Attorney Steven Koprince and I discussed expectations for Women business leaders in a previous episode when it came to the sole source provisions included in the 2015 NDAA. 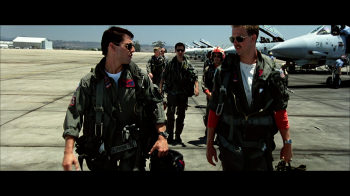 Apparently, prior results are no indication of future performance because the Small Business Administration has bucked the system big time.

The phrase that comes to mind in describing what just occurred is “I feel the need, the need for speed!” which was famously uttered by Goose and Maverick in Top Gun. If it’s speed you want, it’s speed you’ll get!

SBA issued a proposed rule today (May 1, 2015) implementing sole source authority for WOSBs program, a move that took just a matter of months instead of years. In that same proposed rule, SBA also makes comments on the Elimination of

Self-Certification for WOSBs that was also included in the 2015 NDAA. Either or both of these will have a tremendous impact on the future of the WOSB program.

For this latest episode of GovConChat™, Steve and I discuss the moves made by SBA and what it all could mean for the WOSB program and more importantly, how soon ‘it’ could happen!

Steven is the author of The Small-Business Guide to Government Contracts (AMACOM Books, 2012), and has published a number of articles on government contracting, which have appeared in leading legal and industry publications. Steven has spoken to audiences across the country on government contracting and small business matters, and blogs regularly on similar

topics at SmallGovCon (smallgovcon.com).  Steven has discussed federal government contracting issues on Federal News Radio, and has been quoted in publications such as the Washington Post, Law360, Federal Computer Week, and others.

Prior to starting his own firm, Steven was partner at Petefish, Immel, Heeb & Hird, LLP in Lawrence, KS focusing on federal government contracts and small business law. Before moving to Kansas, Steven practiced government contracts law in and around Washington, DC. Steven, a graduate of Duke University and the Marshall-Wythe School of Law at the College of William & Mary, is a member of the District of Columbia and Kansas bars.

When he is not practicing law, Steven enjoys spending time with his wife and two children, travel, and reading a good legal thriller. He is an avid fan of the Duke Blue Devils and Kansas Jayhawks basketball teams (and sees nothing inconsistent with cheering for both), and holds out hope that the Chicago Cubs will one day return to the World Series.

Additionally, Steve is a member of the GovCon Help Desk™ A-Team (A is for ‘Answer!’), a complimentary benefit for all members of The American Small Business Coalition.