Who cares if USASpending.gov changed?

Lately, there has been a lot of conversation on the topic of changes made to the USASpending.gov website. In fact, a colleague published an article asking the question “Where has all the federal data gone?” to which I respond “Nowhere!” But based on a number of comments I’ve seen from around our industry I truly have to wonder if the recent updates

qualify as a sign of the Apocalypse. Quite a few seem to think so, but I know better.

I am most amused by an article I read where an ‘anonymous executive whose market intelligence business relies heavily on USASpending.gov‘ was quoted saying how ‘pissed’ government contractors will be when they realize what’s happened. Of all the things occurring in this business that would ‘piss me off,’ losing access to a website whose greatest asset was making some data pretty definitely ain’t on my list. I have to believe that’s the case for many others.

And yes, I said USASpending.gov’s greatest asset was making some data pretty, and here’s why.

USASpending.gov is and was a destination to visit if you were seeking useful information not produced there. It’s a transparency site folks. It provides visibility to data originating from other sources. Think of it as the pretty and free version of the data a bunch of you currently buy. Think I’m kidding? If you visit the About The Data page they (U.S. Treasury) tell you the various sources that are tapped to produce the beautiful content displayed on this site which also happens to be several of the sources used by the fee-based providers. The data displayed there includes:

As best I can tell, the primary cause of the current federal data kerfuffle is the first bullet, prime recipient contract transactions more than $3,000. The Department of the Treasury’s Bureau of the Fiscal Service says the information in this category comes from Federal Procurement Data System-Next Generation and I’m letting you know you’re only getting a snapshot of the entire data set. With these new upgrades, you’re getting even less than you did before. However, if you go to FPDS-NG, you have full access to the information, including the stuff not presented on USASpending.gov.

And therein lies the rub.

There are a number of professionals in this business who prefer (preferred) USASpending.gov over the Federal Procurement Data System-Next Generation or FPDS-NG. One reason is because of the perceived ‘ease of use’ of the system. Then there was the amount of data USASpending.gov produced in its export. Another reason is that quite a few didn’t and still don’t know FPDS-NG exists. The changes to USASpending.gov have given me the opportunity to convert a number of 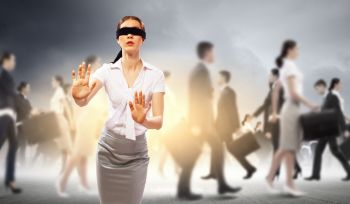 folks to FPDS-NG and simply inform even more.

Now I’m not a shareholder in FPDS-NG, so my views and fondness for the system don’t stem from a vested fiduciary interest, although as a taxpayer I guess that does make me an investor of sorts. But here’s the real truth behind why I advocate and educate for and about FPDS-NG. If you are a government contractor and you don’t know how to leverage FPDS-NG, you don’t know what you are missing.

I mentioned a colleague’s article titled ‘Where has all the federal data gone?’ (which, by the way, I disagree with one hundred percent) that paints a picture of gloom and doom for contractors, especially small one’s. I actually see the change as a good thing. If more companies can learn just how robust and accessible the information is from FPDS-NG, competitiveness can increase and the cost of acquiring business (I call it C.A.B. fare!) can decrease because companies would have MORE information than was and is available on USASpending.gov. Additionally, if you buy your data, the companies who repurpose info from FPDS-NG can only capture a limited set via the API. By accessing the Ad Hoc Query Tool, individual users can access nearly twice as many data points as found in USASpending.gov, or your friendly-neighborhood subscription database. So based on that, here are my responses to some of the concerns raised in that article:

Prior to the change, USASpending.gov produced an export containing 222 data points of which nearly one hundred were, how should I put this, useless! Instead of doing a data dump and sifting through trash, I create queries with only the attributes I want and need. I see that as efficient. Did I mention FPDS-NG hosts more information than is available through USASpending.gov?

“Those hurt most will be small businesses.”

Actually, this creates a great learning opportunity for everyone, including small businesses, Know why? The number one reason people don’t like or are scared of FPDS-NG is because they don’t understand the lingo. How do you create queries for information if you don’t understand the labels being used? Or, as I say, how do you connect the dots when you don’t know what the dots mean? For example, if you don’t know the difference between a purchase order and delivery order, or don’t understand a delivery order represents orders placed against a BOA, FSS, GWAC or IDC, how do you interpret results of searches? What about NAICS Codes and PSC Codes? Don’t understand the relationship they have? Never seen or heard of a PSC Code before? I’ll bet you a steak dinner you have and may not have had the context to know what you were looking at. That’s the issue. It’s not that FPDS-NG is a clunky old relic of a system because it works just fine every time I need to tap it. It’s context. Thankfully, that can be fixed.

“Is this the only place federal contract data is available? No. There’s the Federal Procurement Data System, but that too was hobbled to the 22-field limit.”

Wrong! FPDS-NG makes available multiple query opportunities. The ezSearch, the one that looks like Google on the home page, allows for comprehensive searching on the screen where you can

manipulate close to 100 data points. However, capturing the information in an export such as PDF or CSV limits you to 22 fields. The Ad Hoc Query Tool allows you to create queries based on you selecting the attributes you want to have included. My current ‘Profile’ report contains 66 attributes. I throw that information into a pivot table and it’ll dance an Irish Jig, the Boogie, the Charleston or any other dance I want it to do. All the while, providing me with tremendous insights on any agency, company, contract vehicle, NAICS Code, PSC Code, competition type… You get the idea.

FPDS-NG is hardly hobbled and it’s not hard to use and to prove it, I’ll provide some free training. Swing on over to our FPDS-NG User Group on LinkedIn to find out about complimentary trainings in the Metro DC area and via webinar over the next week. I’ll demonstrate ezSearch, Ad Hoc Query and Pivot Tables and will leave plenty of time for Q&A. You might be amazed at how quickly you can capture useful and timely information from this system.

The federal data isn’t gone, it’s where it’s always been. Where the government contracting data lives is not as pretty or convenient as USASpending.gov for most, but if you invest just a little time and energy, the robustness and availability of the data in FPDS-NG will soon make you forget about the pretty flashy thingy.

Here’s the real bottom line folks. If your company’s ability to develop government contracting competitive intelligence has been impacted whatsoever due to the changes made to USASpending.gov, there are other more pressing issues at hand.

Go-To-Guy Timberlake is the Editor-in-Chief Visionary of GovConChannel and oversees the creation and curation of relevant and timely 'News And Information That Matters To Small Government Contractors.'
View all posts by Editor-in-Chief Visionary »
« Civilian BIDs™ Brief: CMS ESD II/SPARC and Doing Business with HHS (GovConChat™)
Doing too much to find opportunities? | Guy Timberlake | LinkedIn »