Author’s Note: My goal is information American Small Businesses can use to enhance their ability to compete and sustain in the business of federal contracting. Increased cash flow through more viable opportunities.

Would you be interested in doing business with Uncle Sam where the cost of doing business was lower, the cycle from need identified to executed purchase was shorter, one that represents billions in fiscal spending and where sixty agencies procure a broad range of goods and services?

Mind you I’m not suggesting anyone abandon their current efforts to find and win business, that is, unless those are not working. This is meant more as a supplement to business growth in government contracting.

For government contractors and subcontractors, the reality of the presumed and actual cost of doing business associated with federal agencies causes many to wonder how long it will take to realize a return on their investments. Appending that last statement with ‘if ever’ is not at all inappropriate when you consider the rising cost of being a federal contractor, and the number of companies in the hunt for years who have yet to achieve a ‘win’ of any kind.

The challenge of achieving success and growth in government contracting for many companies is compounded by a number of factors that include but are not limited to:

Why correct information? Many companies (large and small) fall victim to having good information and relationships but little or no ability (plan?) to leverage them in support of decision-making. Think of it as finding the formula to cure the common cold written in a language you don’t read or speak. It won’t be of much value until you learn the language or find someone who can read and speak the language. Context, or a lack of it, is very often a show-stopper when it comes to finding, qualifying and winning opportunities.

Speaking of context, during the seminars and workshops I lead, I frequently reference a quote from a 1997 article entitled ‘Connecting a Few Dots’ by novelist Michael Ventura. Since I have and still do make a living based on my ability to find and use information to help grow small federal contractors, what he wrote resonates with me. In the article Ventura says:

“Without context, a piece of information is just a dot.
It floats in your brain with a lot of other dots and doesn’t mean a damn thing.
Knowledge is information-in-context… connecting the dots.”

More often than not I see companies trying to ‘connect the dots’ without the requisite context. Even those who decide

to buy their way into ‘actionable’ information and intelligence find results akin to the common cold scenario I referenced. The question I pose to them is “How do you connect the dots if you don’t know what the dots mean?”

So, what does context have to do with the point of this article? Opportunities.

Breaking into government contracting today is more difficult than it was yesterday, and it was

tougher yesterday than the day before. ‘Breaking in’ is my code for winning substantive business. The definition of substantive? I leave that to the discretion of you the reader. Barriers or not, many companies come to the proverbial plate of opportunity swinging for the fence. Why is that?  They have stars in their eyes (actually, dollar signs) because they’ve heard “There’s gold in them there hills!” Couple that with the lure of easy (if not guaranteed) money if they get themselves 8(a) Certified and a GSA Schedule, and they are sold on the idea of carving out their slice of the American pie. Apparently, this belief system is part of the standard indoctrination for many newcomers, for the last fifteen years.

Because their focus is on hitting the fence, they make no effort to understand or even acknowledge other opportunities to make

those ‘at bats’ count. Those overlooked opportunities are purchases made by federal agencies using the Simplified Acquisition Procedures. Nope, this is not the first time, nor will it be the last time I get on my soap box about this procurement method, and for good reason. If you’re familiar with these purchases or you’ve read some of my other blog entries, you might be aware that business is good in the world of simplified acquisitions.

Here are a few reasons why:

Procurements made using Simplified Acquisition Procedures represent over one thousand NAICS Codes, sixty-one federal agencies, and primary places of performance in every state and U.S. territory, and a host of foreign countries. Buys within the threshold of $3K to $150K are reserved exclusively for small business concerns and are set-aside when contracting officers expect offers from at least two viable small business concerns.

And therein lies the rub. 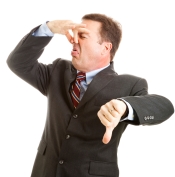 Apparently, the community of small federal contractors generally stinks when it comes to marketing ourselves. Why do I say that?  The fact a number of agencies competitively awarded $6 billion in FY14 simplified acquisition buys to ‘other than small business concerns‘ tells me they were unable (or did not expect) to achieve the ‘rule of two.’ To put it bluntly, that sucks. Think about it. That could have been one million dollars in the coffers of 6,000 American small businesses or $500,000 each to twelve-thousand American small businesses. Think of the positive national economic impact that would have. I assume we missed these opportunities because we were not visible and viable and if that’s the case, we need to fix it now so we stop leaving money on the table.

By the way, if the 114th Congress would like to help America’s small businesses when it comes into session on January 3rd, I have a simplified solution they can use. To increase government contracting opportunities and dollars for small business concerns, simply change a few words in FAR Part 13 and that’s it!

For those who believe these buys are not worth the effort, I offer this. Several agencies establish blanket purchase agreements and other indefinite delivery contracts based on the Simplified Acquisition Procedures. In some cases these are multi-year contract vehicles with anticipated spending in the millions. Then there is the exception (of course there is an exception). This is the one that’s been a ‘test program’ for many years but as of the 2015 NDAA is now permanent. Formerly known as the Test Program for Certain Commercial Items (FAR Subpart 13.5), this rule allows agencies to leverage the streamlined processes while increasing the threshold to $6.5 million. The only downside is the ‘Rule of Two’ does not apply when the exception is invoked. I will review the NDAA again to ensure this did not change too. 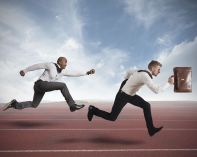 On the whole, the bulk of the big dollars spent by agencies each fiscal year are tied to multi-year, multi-million and billion dollar acquisitions that are highly-visible and highly-competitive. The acquisition life cycle for these opportunities is long and the opportunity development cycle even longer. The investment of blood and sweat equity is superseded by the investment of actual dollars required to subsidize the infrastructure and operations required to participate in these business activities. For these reasons it can be a challenge for many small contractors to survive the wait or have the resources necessary to develop these opportunities as a direct contractor or subcontractor. That’s where a strategy for identifying and pursuing simplified acquisitions can serve to subsidize the whale hunts. Additionally, you develop relationships, experience and insights that can and often do lead to other profitable opportunities.

Did I mention simplified acquisitions resulted in my first million dollar win as an inside salesman many years ago?

If you peek into the FPDS-NG system and review gross obligations for FY14, you’ll find that Simplified Acquisitions account for just over four cents of each dollar reported for FY14. Thatnumber is currently $422 billion. Look more closely and only consider obligations resulting from initial awards (no modifications included) and you’ll see  $175 billion as the overall spend. Because Simplified Acquisitions customarily represent a low percentage of modification dollars, the percentage jumps to nearly ten cents of FY14 obligatons.

So, if ten percent of the fiscal government contracting spend has a lower cost of doing business, a shorter business development and procurement cycle, five years of increased spending and a preference for small federal contractors, would you be interested?

UPDATE (January 3, 2015): Here are the ‘final’ numbers for FY2014 to include DoD obligations that are delayed from public view for ninety days. This graphic depicts overall fiscal spending by all solicitation types since FY2010 as compared to solicitations issued as Simplified Acquisitions during the same period. Note the trends.

If you would like to know more about this area of federal business opportunities please consider registering for our ‘Finding and Winning Simplified Acquisitions to Grow Your Business‘ program offered as a seminar and webinar.

Go-To-Guy Timberlake is the Editor-in-Chief Visionary of GovConChannel and oversees the creation and curation of relevant and timely 'News And Information That Matters To Small Government Contractors.'
View all posts by Editor-in-Chief Visionary »
« FedBizOpps Impact In Dollars and Cents | Guy Timberlake | LinkedIn
Defense Agency Faulted for Wrongful Challenge to Contractor – Contracting – GovExec.com »